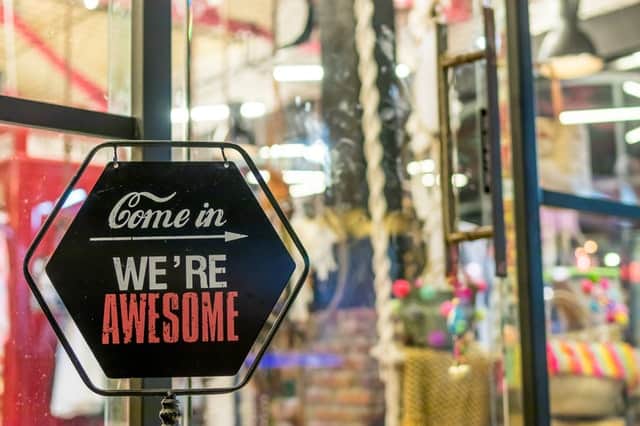 Many people go to their 9-5 jobs and dream of owning a company one day.

The perks of working for yourself, such as not having a hierarchy or having to play corporate politics sound good.  But when times get tough, there is no golden parachute to help soften the fall.

I have seen my friends who own small businesses react to this pandemic in two ways.  There are those who are panicking and sounding off to anyone who will listen about how their life is over from the ‘Stay-In-Place’ orders and how the closing of non-essential businesses is limiting their operations. Then there are those who have found ways to adapt or waiting to see how this plays out.

All small businesses are in the same situation as this pandemic is affecting everyone.  When my restaurants had problems,  the rest of the restaurant industry was not suffering like I was.  I had to deal with my issues alone.  Now every business is feeling the effect of a failing economy.

Those who left Corporate America to chase their dream of owning their own business need to realize a steady paycheck is no such thing anymore.  Every business usually goes through peaks and valleys, and it may not have affected their lives as they have not been so great.  This pandemic is testing who was living a fantasy, not maintaining proper cash reserves, and living a little higher than they should have been with the company’s income.

From the first group of small business owners, I am seeing nothing but complaining and blaming others.  While the conspiracy theorist has their ideas of why this pandemic is happening, I do not believe anyone wanted to see a halt in our economy that we are currently seeing. the second group, which has the DNA of a small business owner, is adapting.

My friend Jacob Meyers who owns Red White and Blue Apparel saw the signs of State of Ohio closing, and took his inventory to his home, and started fulfilling orders himself out of his home.

Lago, a restaurant I frequent on the East Bank of the Flats in downtown Cleveland is adapting as well. The owner, Fabio Salerno, markets meals for essential employees and meals that were the family-style for takeout.  Salerno did his marketing right as well as his execution of it.

Another friend who recently purchased his restaurant a few years ago reacted differently. The first thing he did when Ohio shut down was hopping on a soapbox and complain about his restaurant was not set up to be a ‘to-go’ style place.  He talked about how many seats are empty, how he had to lay-off his staff, and pretty much was having a pity party for himself.  Unlike Salerno or Meyers, who saw the changing of the winds planned and started executing, he put himself behind. He missed out on a couple of weeks of sales that could turn out to be business saving for him.

It does not make sense for every business to stay open while these ‘Stay-At-Home’ orders are in effect.  This is where reserves or a rainy-day fund is needed. Complaining is not going to solve their issues if they didn’t prepare.

At a time like this, all business owners who are renting should be talking to their landlords. If they have a loan they need to be talking to their creditors and being proactive in working with them.  Depending on the government, your neighbor, or a genie in a bottle to save them is not going to cut it. Being a small business owner is learning to think outside the box and finding ways that no one else has thought of to survive.

To all those small business owners that are hurting right now, there is a silver lining to this pandemic. Most other small businesses are having the same issues you are, and there is power in numbers.

For those who thought small business ownership was what they wanted, and this pandemic is too much for you to overcome, maybe it is time to freshen up your resume instead of staying home and feeling sorry for yourself.  The harsh reality is, no one cares about you as much as you care about yourself.