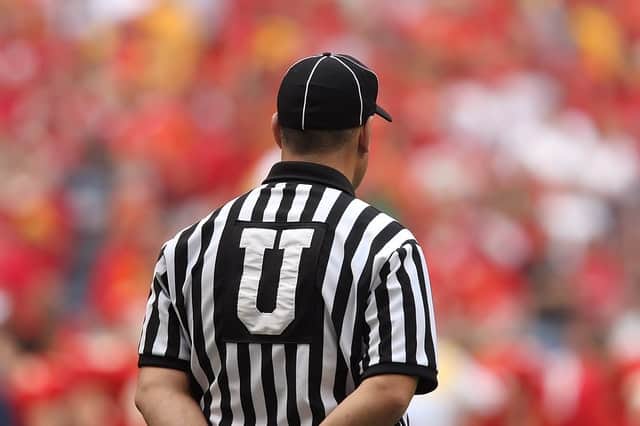 When we think of rules most of the time we think of what we can’t do.  That rules are the there to tell us what we are not allowed to do when it comes to games and to life.  However rules can be used to your advantage if you first know the rules, and understand them.
No one uses the rules of golf to their advantage better then my one friend Ryan Yip.   This was a few years back when I saw how well he does this.  It was at a Web.com Tournament in Knoxville Tennessee.  The course was Fox Den.  And every year when he plays there it reminds of how knowledgeable Ryan is of the rules of golf and how well he can use them to his advantage.
The first day of the tournament Ryan went off the back nine to start his round.  Number 10 was a Par 5, a hole you should birdie.  Ryan’s second shot was off track and landed left of the green above a bunker.   I’m not sure what rule was in placed but I believe his ball was plugged and their was a local rule for ground under repair he got a drop.   However the area in which he had to drop the ball was recently placed sod.  So when he dropped the ball it was clear it was more then likely going to land in between two pieces of sod, requiring another drop.
That happen so eventually Ryan was able to place his ball down, on a spot that he was able to take a a clean shot that was with in the rules of the game but also made his third shot something he would be able to land close to the pin.  While you may or may not be think was all this legal? The answer is yes. Ryan did the right thing and called over the rules official to monitor the drops and relief he was entitled to.
Ryan ended up putting in for a birdie and it was a start to a great round.   The importance of knowing and understand the rules in which you governed by, have it be a game, your job, or whatever you doing,  is important.  Once you understand the rules they can be used to your advantage, as Ryan was able to understand the rules and he knew he was entitled to relief.  The rules in golf are not just there to add strokes, but also to allow for relief when deemed.  Since that day I watch in admiration how Ryan conducts himself when it comes to living within the rules of the game, but using those rules to his advantage when allowed.
The same goes for life.  When it comes to your taxes and what write-offs are allowed the IRS has set forth rules and guidelines for what is legal.  Understanding and knowing what those are can save you on your taxes, is just another example of using the rules to your advantage, in real life.