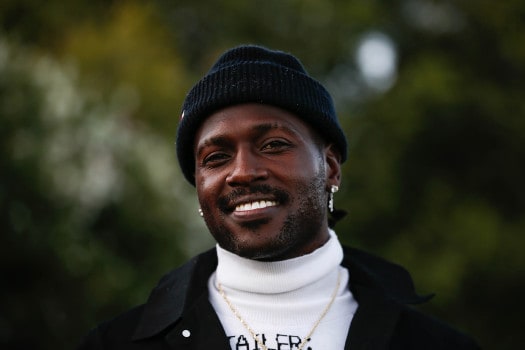 If you follow sports at all you have seen over the past year the saga of AB.  You have watched this play out and like me you had to be thinking, what is this dude thinking?  He’s giving up playing for what appears to be a solid organization in the Steelers.  Gets traded to Oakland, gets a new contract with the ability to make a ton of cash.  Next he is in the spotlight for everything but his game.
His feet, then his helmet, next the fines, then the recording of a phone call illegally, and then demanding to be released publicly.  And I almost forget getting into a verbal altercation with the GM.
But after that is all said and done, he some how ends up with the New England Patriots, with a 9 million dollar signing bonus and could make I believe another 6 million dollars from the rest of his one year contract with them.  Where he now has the chance to compete for another Superbowl Ring.
So was this dumb luck that got him there, from all his off-field antics, or was this construed once he wanted out of Pittsburgh?  From what I see in professional sports, nothing surprises me anymore, and I think us fans get duped all the time.  I could be naive in thinking that there are some really smart people out there, that can organize something like this, while making us think what the media tell us.
Like in the government, I like to think we have smart elected officials running our country, and what we see and hear from the media is just a small glimpse of what our officials know, and the information they have is far more intense than what we get.   So if that is true, why couldn’t a 31 year old professional football player who appears to have a work ethic second to none could not get all these pieces to fall together to make this happen?  His agent, Drew Rosenhaus seems like a very intelligent man who knows the inner-workings of the NFL  and could help facilitate something like this too.
But did Brown play the NFL?  If he can make it through one season at a Patriot and not get cut from the antics he pulled in Oakland and Pittsburgh, then I think so.  However if that is truly who AB is, from what we saw this past month then his talent made this happen in New England, and that makes me wonder what the Steeler’s Organization put up with for all those years, and kept it pretty quite.